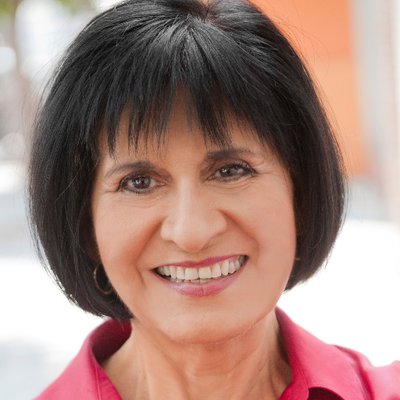 Irma D. Herrera is lawyer turned performance artist. For fifteen years, she served as the Executive Director of Equal Rights Advocates, a San Francisco based organization whose mission is to protect and secure equal rights and economic opportunities for women and girls through litigation and advocacy. During its almost 50-year history, ERA’s lawyers have successfully litigated cases numerous impact cases and greatly expanded opportunities for women. Irma has also worked with MALDEF, the Mexican American Legal Defense and Education Fund and as a legal aid lawyer representing Spanish-speaking farmworkers.

Irma received a Bachelor of Arts from St. Mary’s University (San Antonio), pursued graduate studies at Trinity University in the Department of Urban Studies, and received her Juris Doctor from the University of Notre Dame. During a three-year hiatus from practicing law in the 1980s she taught law and social justice and worked as a free-lance journalist. Her articles on legal and cultural issues were published in the New York Times, the Washington Post, Newsday, and Ms. Magazine.

Irma is now a playwright and solo performer, who blogs on issues related to othering and belonging. “All of us affiliate and identify with groups based on different criteria: racial or ethnic identity, gender, socioeconomic class, trade or profession, taste in music, where we went to school. And as night follows day, we quickly stereotype and make judgments about others based on these criteria. Many of these stereotypes have been at the root of the historical discrimination that has disadvantaged many communities. Over the decades legal battles and legislation have expanded equal treatment under law to people of color, religious minorities, the disabled, and all women. The reality however is that the civil rights of many are routinely violated.

Civil right laws adopted in the 1960s opened doors of educational opportunity unimagined by my parents. Education, the birthright for generations of people in the country, was routinely denied to the majority of people of color for centuries. My interests and passion for justice and equality led me to pursue a law degree and to rewarding careers in law, journalism, and now performance art.

​In my work I explore what it is to be a class migrant who benefited from expanded opportunity, and I am committed to fighting the well-financed efforts presently underway to shut down these paths for marginalized communities. I am a refugee from a racially polarized South Texas town, who fell in love with big cities: San Antonio, New Orleans, Seattle, Rome, and San Francisco. I am both urbanite and anonymous small town girl.  Mexican-American by birth, world citizen by choice, and proud speaker of Spanish, the greatest gift my parents bestowed.  The study of languages and discovering how words from different languages connect is something I find downright thrilling. I love comedy, mimicry, puns, and anything that gets a genuine response from people, whether laughter or even a groan.

​My multiple identities are indivisible. At all times I am all of these: Chicana, Latina, madre, lawyer, playwright, mentor, criticona, writer, stand-up comic, feminist, world-traveler, outdoors woman, avid hiker. My 30-plus years as a civil rights lawyer has provided me a front-row seat to the most exciting and challenging societal tectonic shifts. Living in the Bay Area’s rich multicultural milieu, allows me to build deep and lasting friendships and loyalty to people whose racial, ethnic, and social backgrounds bear no resemblance to mine. I’ve got plenty to say about navigating in an increasingly multicultural world, especially when what I see and feel makes me most uncomfortable.”