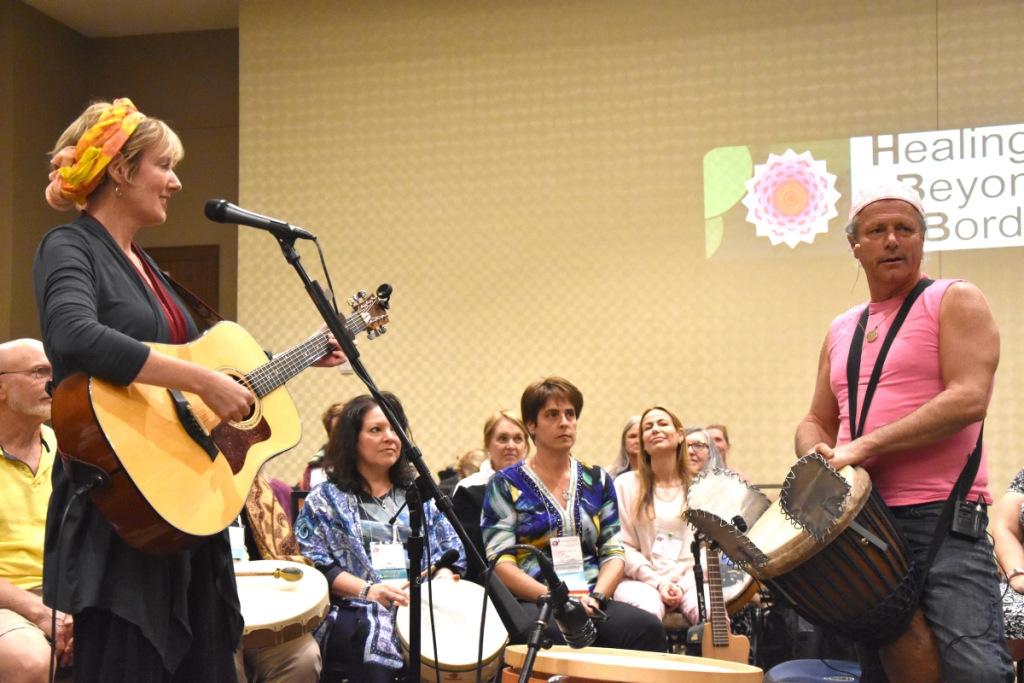 Gayan Gregory Long is a master drummer, mystic Sufi teacher, singer, storyteller, ritual leader and composer. Greg lived in Fort Collins, Colorado for many years but is now “on the road”. He performs at venues as diverse as the Cathedral of Saint John’s the Divine in New York City and the New Orleans Jazz and Heritage Festival. A Certified Leader of the Dances of Universal Peace, Gayan has been drumming for the Dances for twenty years.

He drums and teaches regularly in the Western United States, Russia, Europe, Canada, and South America. He is fluent in all languages of the heart: Afro-CubanBrazilian drumming and singing, sacred chants and dances with Indian and Middle Eastern stylings, community celebration and ritual, group leadership and inclusion and personal empowerment. Gayan leads sacred dances, rituals and retreats in the United States and Europe. He has two CD’s of his own, “Padma Thunder” and “When Two or More are Gathered” (recorded with Pamela Robinson), and has appeared on twenty recordings, using fiery traditional African rhythms, devotional chants from around the world, and stellar rhythmic and melodic accompaniment.