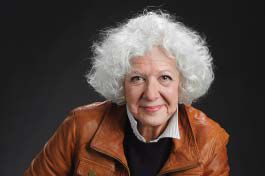 Author and nationally recognized guided imagery pioneer Belleruth Naparstek is founding CEO of HealthJourneys.com and the voice on many of its award winning guided imagery and meditation recordings.

As Prevention Magazine tells us, she has been quietly creating an underground revolution in mainstream health and mental health, by persuading major institutions as diverse as Kaiser Permanente, the NIH Patient Library,  Johns Hopkins, Blue Shield of California, the U.S. Veteran’s Administration, the U.S Marine Corps, Progressive Insurance, the Mayo Clinic, Aetna, California Community College system, and Stanford University Health Library to distribute her guided imagery recordings, in many instances free of charge. The DCoE (Defense Centers of Excellence) has declared her guided imagery one of their Twelve Promising Practices.

Her first book, Staying Well with Guided Imagery (Warner Books) is a widely used primer on imagery and healing. Her second book, Your Sixth Sense (Harper Collins) has been translated into 9 languages and called one of the most thoughtful and sophisticated looks at imagery and intuition. Her book on imagery and post-traumatic stress, Invisible Heroes: Survivors of Trauma and How They Heal (Bantam Dell), won the Spirituality & Health Top 50 Books Award. Highlighted in the 20th anniversary edition of their seminal book, Courage to Heal, Ellen Bass and Laura Davis call Invisible Heroes “the most useful book for trauma survivors to be published in the last decade”.

Naparstek received both undergraduate and graduate degrees from the University of Chicago. She maintained her psychotherapy practice for over 30 years and taught graduate students at The Mandel School of Applied Social Sciences, Case Western Reserve University. She continues to serve on the faculty of the Andrew Weil Center for Integrative Medicine at the University of Arizona, and most currently, she has just completed a 6-session Veterans Administration certificate training course in guided imagery, which will be made available to any interested VA staff person, systemwide. She is widely recognized as a key force in making guided imagery and its benefits available in major, conventional health care institutions. She also did a brief stint as a musical comedy actress at Second City and The Tip Top Tap of the Allerton Hotel in Chicago and says that her musical comedy skills sometimes come in handy for teaching.